About Wine: the making of wine 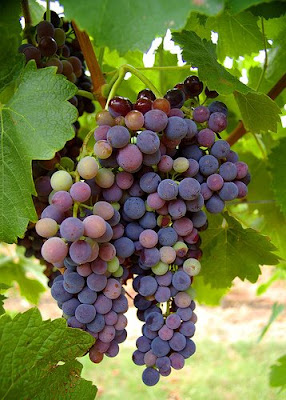 Once again, I bring my edition of About Wine, this time we learn how the wine is made. Very interesting stuff. If you're new here you may want to start this journey by reading the first About Wine article and follow that with About Wine: Wine Tasting. Visit Neil (who recently visited Hong Kong) at On The Grape Vine to learn more about the Australian region and wine.
~ ~ ~ ~ ~ ~ ~

Before we go any further on our wine journey, it might be just as well to summarise, in a very simplified way, how various types of wine are made.

It should be mentioned at the start that most grape juice is white ie. clear. For instance Pinot Noir, a red grape is used in the production of sparkling wine eg. Champagne. It is the skins that give red wine its colour and most of its tannin.

For those wanting more details (and pictures) about white wine making in very basic form in my micro winery check out: http://onthegrapevine.blogspot.com/2008/02/vintage-2008-begins.html

We know that fermentation converts sugar in grape juice into alcohol. In dry white wine that sugar is virtually all used up by the yeast and the wine is considered dry.

If the fermentation process is stopped before the sugar is used up then sugar obviously remains and the wine is considered sweet. White wine with a residual sugar content of 10-30g/L is semi sweet, 30-100g/L (or more), sweet. (Sorry I don’t know the imperial measurement for that unit!)

Another method of production is to ferment the white wine to complete dryness and then add concentrated grape juice to the desired sugar level.

For those wanting more details (and pictures) about red wine making in basic form in my micro winery check out: http://onthegrapevine.blogspot.com/2007/04/vintage-2007.html and

This is called the Charmat Process.

This is called the Transfer Process.

It should be pointed out here that only sparkling wine made in the Champagne district of France can be legally called Champagne and only it can be made by Methode Champenoise.

Hence we have kept to the generic term ‘sparkling wine’, the best quality of which is made by the traditional method. But it’s all the same thing, really.

So there you have it. We have left a few other wine types out like botrytis white wines eg. Sauterne and the fortifieds like Sherry and Port so if there is any interest in these, let me know.

Email ThisBlogThis!Share to TwitterShare to FacebookShare to Pinterest
Labels: about wine, neil, on the grape vine, wine making