OK well, for me, the one who has not lived in the North East since 2009 and the one who thought 65 degrees was cold enough to wear a jacket while living in Cuba, for me, it's COLD at 45 degrees in Northern Virginia (NoVA).

On to the updates..... and trust me, there's more than I can write in a 12 chapter book but we'll go with major events:

1.  The House.  We stressed about where to live (because it's what we humans do best), buying the house, not buying the house, renting and then buying the house.  OK so we bought the house and I do love it, except it doesn't have a basement which would be really helpful, but then again maybe this way I wont be tempted to put a few boxes away to sort through later.  I either get it done or it becomes part of my furniture.  Those boxes do make great desks and coffee tables...trust me, I know.  It is a great house. Split levels and with an added room which quickly became the kids play room/music and art room. 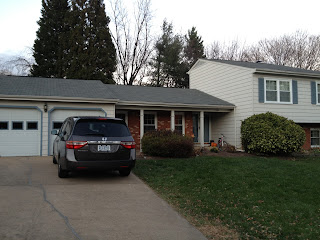 2.  The new Odyssey.  We bought a new car.  Yes, it's a minivan, never thought I'd be OK with that but man it's so comfortable.  I love it.  A week after we bought it I ran into a girl who ran a red light. Yup... front end damage, air bags deployed, Honda said, it's OK we'll fix it and the insurance said heck yeah!! Fifty days later, I got my car back.  We rented with insurance paying most of that, the car is fine now and hopefully, it will not be making contact with any other vehicle for the rest of it's life.  Oh yes, this all happened before I even had a place to live.... geez! Can we add anymore stress to our lives? 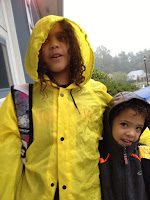 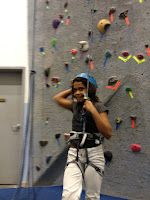 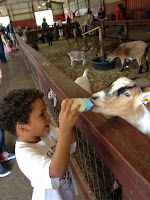 3.  The kids.  They went to Summer Camp. The Boy went to Farm Animals camp and the Girl went to Rock Climbing.  They both loved it, it was a great week for them and for me.  They went to one school for one month and then moved to their permanent school after we moved.  It all worked out and they really were not affected, except that the Boy doesn't like to sleep alone.  After sharing a room with his sister for the last three years, one can see why he's hesitant to be in his own room, alone.  So we put a mini fish tank in his room, he loves it.  The Girl has a Dwarf Hamster and she's happy.  All is well in their world. 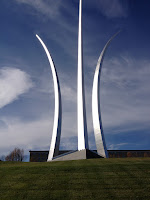 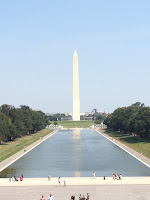 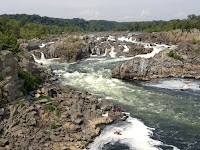 "September 11 2001 Memorial, The Washington Monument, and Great Falls on the Potomac"
4.  Work.  Michael is working, after all, it was his job that plucked us from Cuba and planted us square in the middle of the traffic jam capital: DC Metro... it's really not that bad. I've only been in a jam twice, once because Fairfax County closed it's roads to put on a street fair and I didn't know until I was at the point of no return and the second time because I thought traveling 2 days before Thanksgiving on any road between 3 and 7 pm would be a good idea.  Never again.  Oh yes, work.  I'm working at a new gym teaching one class.  Hopefully soon I'll be teaching more than just one class but for now, it's a start.  I'm in the door.  Soon I'll be teaching Spin at the base Gym. I'm excited because I'll be working with military members again and that is something I always want to be able to do.
5. Thanksgiving.  I volunteered to host Thanksgiving Dinner at our new home.  That meant no travel for us.  I did very little prep work, ordered a brined, fresh, organic raised turkey from Whole Foods, asked my guests aka family members to each contribute some dishes and then the kids, the husband and I got to work on the rest.  We had a fantastic time working on our meal together the day before and then bringing it all together the day of.  I was ecstatic and felt the blessings showered upon us.  After all, it's been a long time since I've been able to have MY family together, all six of us :-) 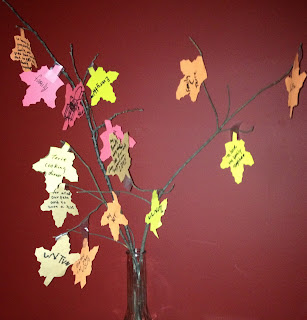 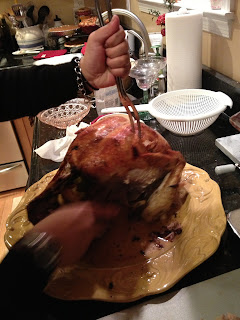 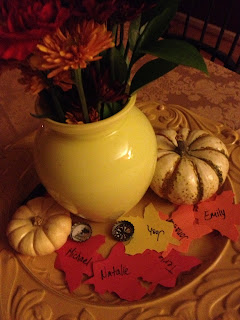 NOW.... moving on to December, so much to do, so little time.  I have cards to order, presents to purchase and/or make, traveling to New York to see family and to Carnegie Hall to see the Older Boy perform.  Again, filled with Excitement.  Can't wait! 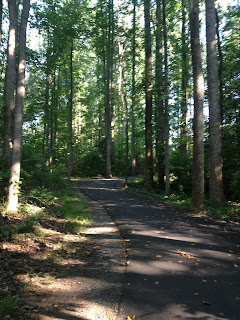 "running trails"
In the mean time, I am busy doing all that and training for a the Disney Princess 1/2 Marathon in February and possibly another one in March.  I just have to manage to stay warm after each run because inevitably, I always get distracted and then I get super cold before my post-run shower and then it takes me two hours to warm up.

I hope you all had a great holiday week.  Thanksgiving IS the best holiday. There are no candies to give out, no presents to buy, no pressure, just eat and enjoy the company, that's all!!

Until next time...which will be Blue Monday, have a great rest of the weekend!!