Making Memories on the 4th 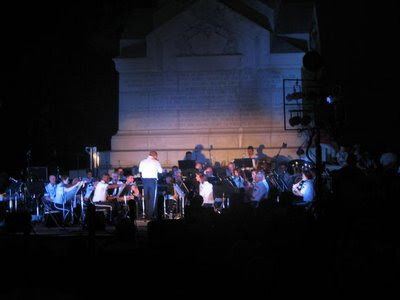 U.S. Airforce Heritage of America Band
~~~~~~~~~~~~
So I set out to make some wonderful memories for my little ones and I think I did okay. We often see the fireworks from a distance and it's been a while since we've been this close to the action. We made it to the Yorktown festivities last night without any problems. There were thousands of people there but the event was so well organized that parking and leaving the parking lots not an issue at all. That was my only concern.

We arrived early enought to find a spot on the lawn and let the kids run around for a while. We had a great time playing fake volley ball. Yes fake, we didn't have a ball so we made believe we did and played down to running for the ball and hitting the deck to keep it from bouncing. It was quite hillarious and at first people looked at us like we were out of our minds but the kids were having such a great time and laughing so much I could hardley stop. After a while I could see them turning their head from side to side as if they were truly following a ball. I think they were following the reaction to each player.

The baby seen here calm, had a major breakdown just before the fireworks started. Once he saw the first light.....
and heard the first boom, he was set -- 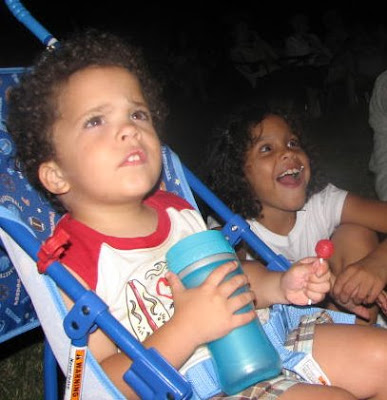 They both sat there and oohhed and ahhhed the lights in the sky. I have to admit, this was the best show I have seen. I don't ever want to miss another live fireworks event again. To top it off, the event was enhanced by live music playing in the background and that really tied in well with the lights and the people. We were all one nation, under God!! It was a thing of beauty and we were so glad to have been there to experience this live. There's no better way than to sit under the stars and watch as these mini rockets go off and creat such awesome beauty.

I think it's safe to say that we created some memories last night!! 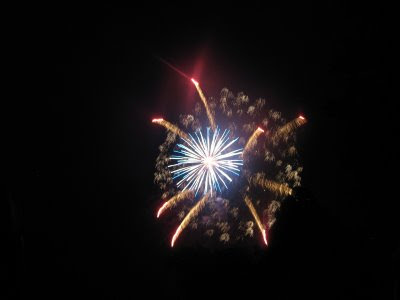 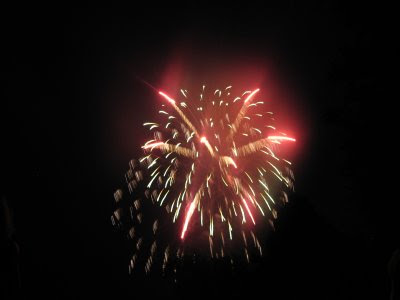 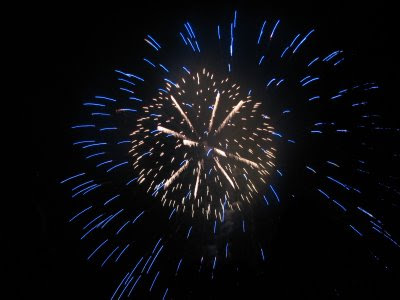 ~~~~~~~~~~~~~
I have to recognize that celebrating the American Independance in Yorktown, VA is truly an honor as so many events during the revolutionary war took place in Yorktown. Here is the link to learn more about this topic.